Skip to content
Are you gonna let a Crackhead out Hustle YOU? 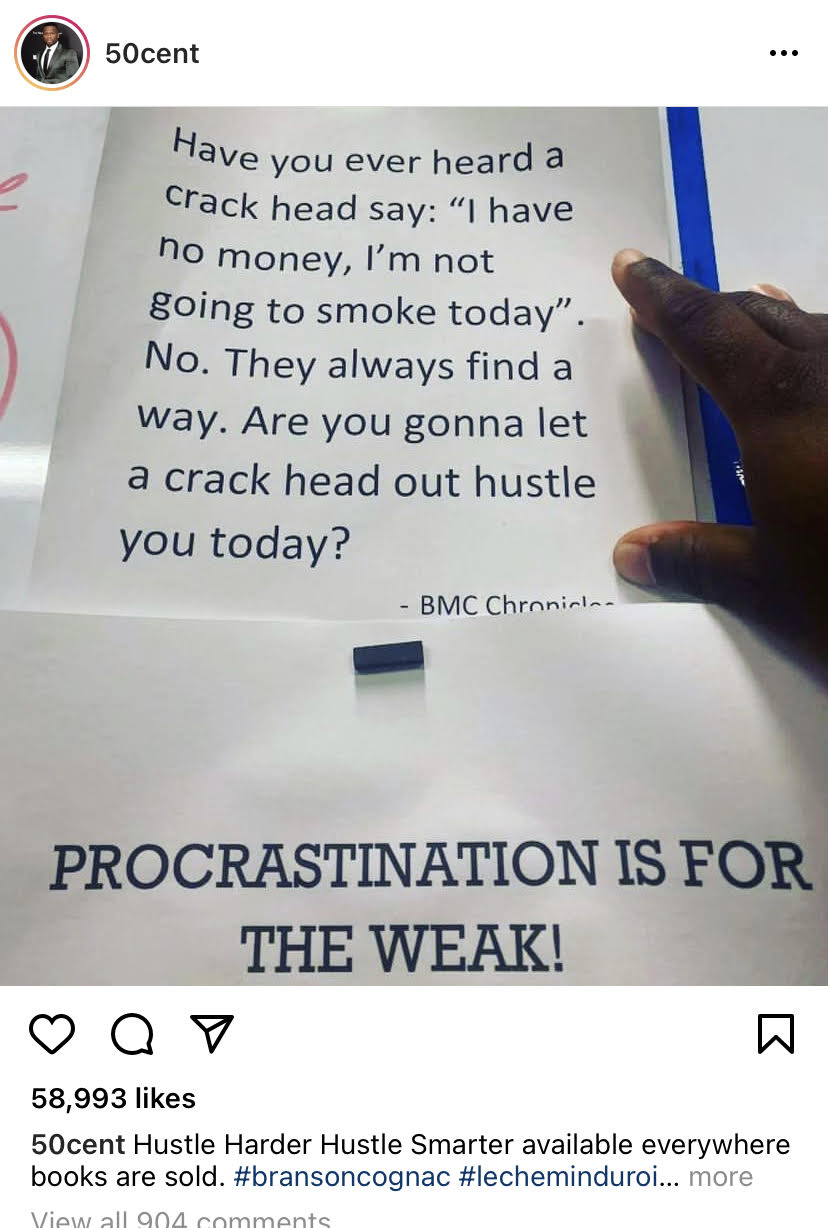 Gotta give it up to 50 Cent aka Curtis Jackson aka Fiddy.
Came from nothing, got shot a whole mess of times, became the biggest rapper in the world, filed “bankruptcy”, and came back to be one of the biggest TV producers in the game.

Like Napoleon Hill said in the ly great book Think and Grow Rich: You need a burning desire to be great – that is so great in you – that you are willing to burn the bridge behind you to eliminate retreat.

Well, that crack head has decided that desiring to burn something is so great that they are going to get it no matter what.

I DO NOT recommend you aim YOUR resolve to that end. However, I hope that you sit alone regularly in a dark room until you find SOMETHING which is of utmost importance to you. Something you are willing to go ‘all in’ on.  Something you will be relentless about achieving.

And never let a crackhead out hustle you again.