Skip to content
PreSupposition 9 : People have all the Resources they need to succeed 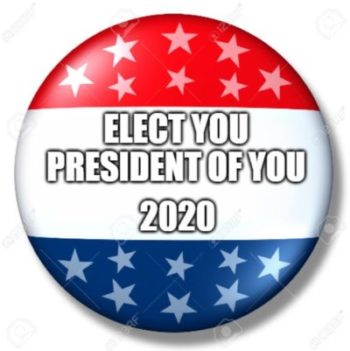 Rule 9:  People have all the Resources they need to succeed and to achieve their desired outcomes.

For this one I’m going to turn to The Master.   The Genius.  The Giant.   Tony Robbins.   He was in town about a year ago and did an action packed 5 hour talk.   Since he only had 5 hours, the main topic was controlling your state.   Your state of mind and your state of Body.   Haven’t heard of that one before, have you?   It’s a good thing you read Well That Makes Sense.  Because your body is bigger than your mind.

So might as well be mindful to use 1 to control and maximize the other.

Let’s take a step back first and go over what he defined as The Success Cycle.  Because Tony is a master of NLP, it’s a shorter version of the manifestation plan we have spoken of before.   In the shortened Tony version it’s just 4 continual steps:

1. It starts with a belief.   A belief that you believe over and over until it ads the emotion of certainty
2. This leads to Potential.   The potential of finding that map of the world that achieves your belief.  Which carries you through to
3. Action.  Go do it.  Do the hell out of it until you get
4. Results.   These results lead to a new belief or certainty.   You now believe this is the right action/belief.   Or the wrong one.

Then you start the cycle all over again.

The key to the whole equation is ACTION.   Potential just means that you haven’t done shit yet.   Action requires energy and it’s real hard to have solid action when your energy is low.   Or you are around low energy people.  So change it.

Tony is a big fan of the NLP practice of training your mind to train your body to be high energy.  Every excuse people give for not being successful boils down to “not enough resources”.   Not just money or materials.  “I don’t know how to” is a resource.  But all this means is that you are not resourceful enough to get it!!  You have to raise your energy and you can’t focus on what you are lacking.

If you want a new result in your world, you have to take a new action.   Which will require a new behavior.  To do that, you HAVE TO change your state.

That has popped up on my calendar/phone at about 8:10 am for about 10 years.  And during tougher times, I would snooze it to re-read and think about 4-5 times a day.   Find yours.  The one that makes you feel good when you read it.   Whatever you gotta do, change your Focus to the positive and “I CAN”.

Then change your Physiology.   Jump up.   Shadow box.   Jump up and down on a trampoline.   Yep, I said it.  I know it looks goofy.  But fuck em.  It works.  I swear.   Find one of those little trampolines and jump up and own while putting your focus in line and call me back.   I double dog dare you.   It’s better than a Red Bull.

Damnit, I need to get one of those things.   I swear, I’m looking on craigslist after I write this post.

Whatever you gotta do, change your focus and your physiology.   It works.   You think all of those athletes that have their celebrations are “showing off”??   Not entirely.   It’s called Anchoring.   They have built this strong positive emotional response to THAT radical change in physiology.

That radical change in physiology helps focus them on the task at hand.   Which will lead to a new or better action.   To Elicit a better result.

Because, if you don’t know control your own Focus and Physiology – who runs your State.   Control the State of You!!!