The darkest damn thing I every hung on my wall.   And I love it.

Big freakin’ shocker, I like inspirational stories and quote.  I KNOW!  I should write a blog.

I remember pulling over to the side other road to write this one down.   It was from a podcast interview with the great movie director/producer/writer and comic book fan Kevin Smith.  He was talking about is favorite comics and he mentioned and obscure one named The Sandman by Neil Gamain.   He recounted a scene involving one of the main characters that was a little goth girl who was basically Death.  Though it’s never specifically stated.

The old guy was recounting the great life he lived.   To which Death replied “You lived what anybody gets, Bernie.   You got a lifetime.   No more.  No Less.   One lifetime.”

What do you want your life to look like in every way.  Try harder, pursue dreams, try new things, tell more people you love them, show gratitude.   Do it all.    You only get 1. 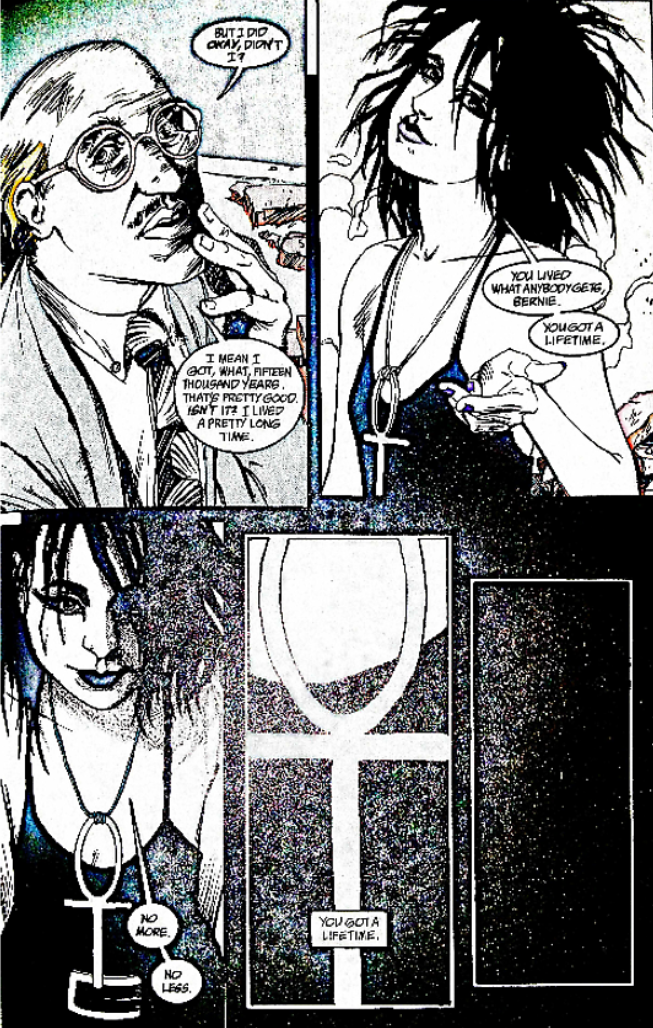