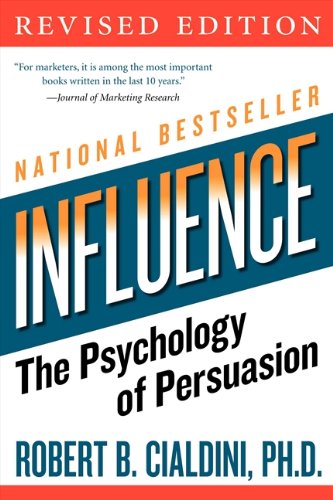 The technique is a simple one that we can call the Rejection-then-Retreat technique.

Suppose you want me to agree to a certain request.   One way to increase your chances would be first to make a larger request of me, one that I will most likely turn down. Then, after I have refused, you would make the smaller request that you were really interested in all along.

They also did an experiment where they asked college kids to take a trip to the zoo – being responsible for a group of “juvenile delinquents”.   Almost all said no.  However when they first ask the students to commit to two hours a week for two years, to which almost all rejected, the secondary offer of the zoo trip was three times as effective.

The lesson here is to look for ways to use this in your negotiations.   This is most common used in labor negotiations.   When going in for a raise, as for the maximum amount that you can fairly rationally justify.   Maybe not go into the realm of ridiculous.   Use the maximum amount that you could ask for without being insulting or ridiculous.   That way the concession is still a win.

Or maybe you ask your kid to pick up 5 chores a week.  Citing things that need to be done.  Other kids who do such things.   The allowance that is a replacement for hiring these things.  Etc.   Since the kids opening offer is the current option of  Zero things, landing on 3 things is a win for both parties.

There are many applications from pricing cars to homes.   You just have to make a strong case for the first option and demonstrate your level of rejection.

As the book stated, the requester’s concession within the technique not only causes targets to say Yes more often, it also causes them to feel more responsible. As they actually dictated the final agreement. This makes them more likely to like and fulfill the terms.

From the great book “Influence” by Robert Ciandini.  Great book.  Read it