Skip to content
The Noah Rule – The Key to Handling Adversity 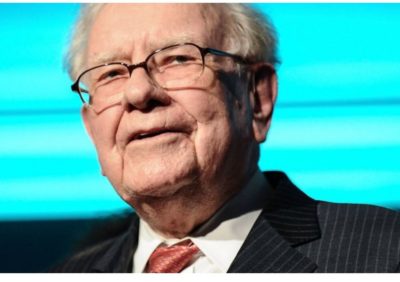 Buffett wrote this in the shareholder report to explain the big mistake he made that year. Berkshire Hathaway had a terrible year, further exacerbated by the events of 9/11. Buffett was explaining that he had actually predicted many of the market events that happened before that fateful day, but he “didn’t convert thought to action” as he wrote, thus violating the Noah Rule (the rain came as he expected but he hadn’t built an ark).

Reflecting on this, I think there’s an important lesson here for any leader that believes he or she will be facing adversity and strong headwinds in the future. Here’s how to apply the Noah Rule to your business in three steps, based on my three decades of business experience.

1. Have the discipline to do scenario planning.

Some of the most disciplined leaders I ever worked for were skilled at annual scenario planning. They’d gather the team in a room for a few days to flesh out scenarios of what competitive action might take place in the next year or what competitive response would be to our key initiatives (things like our decision to increase prices, for example).

The scenario planning session would have as the base a crisp “state of the union” summary report, written and distributed in advance for background and to establish a common starting point.

Experts across disciplines were invited to the session, including key players from finance, consumer research, sales, product supply, and more–even people outside our company or industry. The point was to get smart people with a diverse set of experiences in a room to predict what might happen in the face of anticipated important events. The sessions forced people to think like the competitor and/or to spend time thinking about potential future events and then generate multiple outcome scenarios. For example, competition could do A, B, or C in the face of a price increase.

Next up, step two, the one that Buffett missed.

2. Build action plans for each scenario.

Once you’re armed with robust scenarios of possible outcomes, you have to build action plans for each scenario; i.e., “What if this scenario pans out, what specifically will we do?” The multiple points of view from different job functions help tremendously here as well, because each stakeholder will contribute a slightly different set of things they need to do for their “slice of the world.”

When talked through as a whole, this procedure thus creates more well-rounded, better integrated action plans. What’s the point of scenario planning if you’re not clear on who does what next if any given scenario comes to fruition?

Now for the most important part.

The best action plans have clear “default to go” triggers in them. If this happens, then take that action. Alignment is already in place. Nobody to scramble to for approval. No resources to scurry to dig up. If event A occurs, everything is already in line to execute the corresponding pre-planned action.

Another version of this is what’s known as the “lead market.” If you’re planning to launch a product nationally but you want to test it first, test it in Syracuse, New York, first, for example. If that lead market performs well, there’s no aligning anyone–you “default to go” and execute the launch nationally. If it flops, you have plans ready to go to gracefully exit that market and shut the project down. In other words, if the rain comes, the ark is already built and ready to board.

So when adversity comes roaring in, have that ark ready so you don’t drown.

So, what are you doing for job, your career, your business?    Tariffs.   Impeachments.   Purchase Markets.  Elections.   Recessions.   Refi Booms.  Expansions.   The winds of change are already blowing.   Are you collecting the wood for your Ark?

One of my previous employers had a great system for this.   The CEO had previously attended leadership work with the author Gino Wickman.   As explain in Wickman’s excellent book “Traction”, it essential to get the key personnel together quarterly for off-site planning.

As Wickman explains, people will naturally lose some element of focus on goals every 90 days.   To some extent at least.   It’s just sooo easy to get distracted by the minutia.  So he preached the benefits of going off-site every quarter to set the “Rocks” – or the key preformance indicators in the coming quarter.  The last exercise of the day was essentially invoking The Noah Rule.

Since it was a mortgage company, the question was “How do the predictions, needs, and Rocks change if rates go up .5% or 1%?”