Skip to content
What’s the difference between Anger and Fear

I’m going to just kind of free think this one out.

I heard this idea the other day, and I don’t completely know what I think about it.

It’s very interesting and might be true.  Though I don’t know.  So we are going to work this one out together.

It came from an interview on the Tim Ferriss podcast.   He said the concept that:

Anger is Fear – Shown in Public

Which is kind a tidy statement onto a concept I have heard before.  That concept is that there are really only something like 4 or 5 emotions.   All others are just sub-categories of those few.   I am sure it’s not universally accepted and I don’t remember the number.   I just remember the number was surprisingly small.

The presenter debated and explained why some other feelings/emotions are covertly just other emotions in disguise. Sneaky bastards.   I thought of like the primary and secondary color wheels we learned in elementary school. 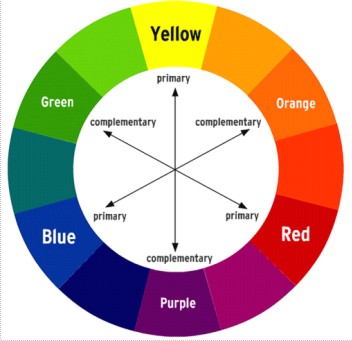 For some reason, hearing Tim say it like this got stuck in my ear and has been rattling around.

Anger is Fear – Shown in Public

II have heard it said before that you cannot have anger without a betrayal.   That anger requires a betrayal of some expectation you have.   Which makes sense.   You don’t just get angry naturally.   It requires a trigger.

Happy works differently, which is also interesting.   Because many people say that they are the happiest when they choose to eliminate things from life.   Maybe just walking in nature.

I have never heard someone say they were happy that someone forcibly removed things from their life.   That would make them angry.   HOWEVER, you wouldn’t be that angry if you knew that those things were only removed temporarily.

So your anger over losing <whatever> is more a shade of “fear that it won’t return.”

You don’t just wake up angry.  It requires a trigger.   You might wake up and get angry that you have to go to work.   But that is just fear shown in public.  It’s fear that work will suck.   Or it’s fear that you won’t find something better.   Maybe even fear that your life will always be like that.

Some of all of you might sometimes often say “PersonX made me angry.”   Nnnnope.   You chose to be angry based on something that they did.   Which is just a betrayal in disguise.   You are angry because they betrayed your expectation of them.   Plus you can just simply take that person out of your life……………….Unless you are afraid of the repercussions of dong that.  So you are we are back to fear.

It’s really kind of interesting.   And might be a new way to look at Anger – dissipate it.   When you are angry, you can ask yourself

“What am I scared of here?

Is it real or is it (at least partially) made up.

Did I participate in making it real?

Is it a certainty or can I prevent?

It might chill things out.  Might be a better state to find a solution even.    Just an idea I’m noodling around.

Side note:  Anxiety is fear regarding something that hasn’t happened.   Generally something you actually have some element of control over influencing, to some extend.   Or fear that you won’t have control.  Or fear that you can’t handle the repercussions.    So Anxiety is not its own emotion, it’s also a sub-category of Fear.