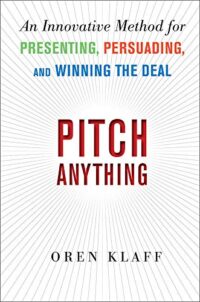 Status:   How others view you is critical when it’s time for frames to collide.   You don’t get it by being polite, observing standard rituals, and engaging in small talk before the meeting.   Only make you seem “nice.”

Status determines “pecking order.”   The alpha and beta positions are determined.   If you do not come in with enough status, you will not be seen as important enough to be taken seriously.  The alpha is the one who is given attention, his claims are seen as true and unchallenged, is trusted and followed without question.

This is different than charisma or ego.

There is such a thing as Situational Status.  Think of a prototypical French waiter.    Good at controlling social status.  They run it while you are in their restaurant.   Or a surgeon subordinates status to a poor golf pro when golfing.

The first rule to establish high status is to avoid “beta traps.”  Alpha ranks accomplish more.   Because they hold the desired rank, their status is always under attack.   Must maintain superiority (get me coffee, etc).

A Beta Trap is a subtle social ritual that puts you in a subordinate position.   Most business situations are a moat of a Beta Traps:  the receptionist, the lobby, conference room, any public meeting space.

Them showing up late and saying the decision maker can’t make it.   Leaving you alone in the conference room.   Small talk before the meeting.   You are the jester in another King’s court.   Doing it in a coffee shop.  These are all Beta Traps

Your situational star power will, at least initially, be determined by your perceived wealth, power, and popularity.  First impression is an immediate calculation of your star power.   Then, from that, a frame will be affixed.

The most dangerous part is that’s it’s all done subconsciously.

Be Mildly shocking but not unfriendly.  Then use domain dominance to move to a place that couldn’t be challenged.  Pull away a little too soon.

Determine a frame, go for it , and be ready for the collision.   And have fun.  Stay unaffected by the target’s global status.

You can only grab situational status.   Global status is too hard.   THAT is the domain of billionaires – Titans of industry.