Skip to content
How do you show “Belonging Cues” ?- Hint: your employees know! 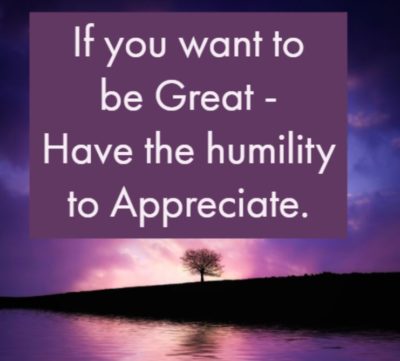 Do you know what’s better than marketing?  Raving Fans!

They tell eeeeeveryone.  They wear your shirts and your hats and evangelize your company.   And they do it because they want to!

Having Raving Fans comes from amazing company culture.  And that starts with Great and Passionate employees.  If you have these kinds of employees – and want to keep ’em – It’s all about “Belonging Cues”.   Ever heard of that?

Me either, until today.   This one comes from the speaker Daniel Coyle, via the Tony Robbins podcast.   On the podcast Daniel talks about what he learned from studying the San Antonio Spurs.   For those that don’t know, the San Antonio Spurs have been an incredibly successful NBA franchise for the last 25 years.   And, as Daniel says, that is despite “having a coach that appears to be the crankiest man in America, Greg Popovich.  He’s like 150 years old.  He turns pink.  He yells at the players all of the time.   Plus they seem to draft the least talented players in the first and 2nd rounds of the draft.”   Even though they don’t have some magical scheme.

Daniel was allowed to visit – on the day after losing a big game.

Here’s the thing about the Spurs.    They are different.  “Their playbook is like a menu.  They dine together more than most families.”  But it’s not about the food.

At the end of the season, each of the coaches gets a leather bound book with menus from all of the places they ate TOGETHER.   And labels of the wines they drank TOGETHER.

It’s not about the food and wine.   It’s about the TOGETHER.

The Surs are continually sending the players and coaches “Belonging Cues.”  They are the currency of Safety in an organization.  They are simple and clear messages that say “I see you.  I care.  And we share a future.”

As one of the assistant coaches said “Pop does 2 things.   He tells you the truth and he loves you to Death.”   Most of us fall into the trap that we can only do one or the other.  The Great ones do both.

Do you want to be one of the Great Ones?   Great cultures are ones where people have tough conversations have solve tough problems – while navigating them TOGETHER.  Not just according to the titles or the hierarchy.

What are you doing within your organization to demonstrate BELONGING CUES?  What do you do and say to simply and clearly demonstrate to your important people “I see you.  I care.  And we share a future”??

The former Head of People Operations would routinely send a simple 2 line email to his employees.   It simply asked “What can I do more of?  What can I do less of?”   Then he would address them.

There are a lot of ways to demonstrate Belonging Cues.   Newsletters are nice.   Picnics and happy hours are better.   Group awards are nice.  But do you know what’s even better??!!

Just walking up to your people and saying -with your mouth – that you see them doing a good job.  That you care about what they think and what they are doing.  That you want them to be a part of the future of the company.

If you want to be great – have the humility to appreciate.