Elon Musk bought 9.2% of Twitter and was offered a seat on the Board of Directors. He rejected this offer as it would tie his hands. His view of the stock is that Twitter’s political bias has caused it to underperform as it only caters to a tiny slice of the potential market. There is a secondary free speech aspect to this as well – he is a self-described free speech absolutist. He views Twitter as a “town square” and believes that all voices should be allowed to speak.

Clay Travis said that the typical Twitter user skews D+15, in other words, Twitter is about as liberal as Hawaii or Vermont. If you take into account BlueCheckMark Twitter, which generates about 90% of the traffic, it is D+40, which is about as blue as Park Slope. Musk is betting that the company will perform better if it widens its appeal.

At this point, Musk has put out a non-binding offer. This is what is known in the the industry as a “bear hug letter.” Twitter has now retained Goldman Sachs to advise the company. I am sure the Board will reject Musk’s offer outright – it wouldn’t be doing its job otherwise. The Board’s job is to get the best price for the company, in accordance with its fiduciary responsibilities. There is a dance to this whole thing, and notwithstanding Musk’s “best and final” language, I am sure his bankers have told him that he will have to up his bid. This is boilerplate M&A.

Goldman will probably run a sale process for the company. It will open up a data room, bring in potential buyers, and eventually auction off the company. Twitter may say it is not for sale, and perhaps its ESG shareholders would prefer to keep Twitter as it is, but as time goes on, the shareholder base will turn over from mutual funds to merger arbitrage hedge funds. And the arbs are in the business of getting the best price and moving onto the next deal. So, as time goes on, the shareholder base is getting more and more amenable to a sale, and the Board is going to be getting pressure to cut a deal from the hedge funds. 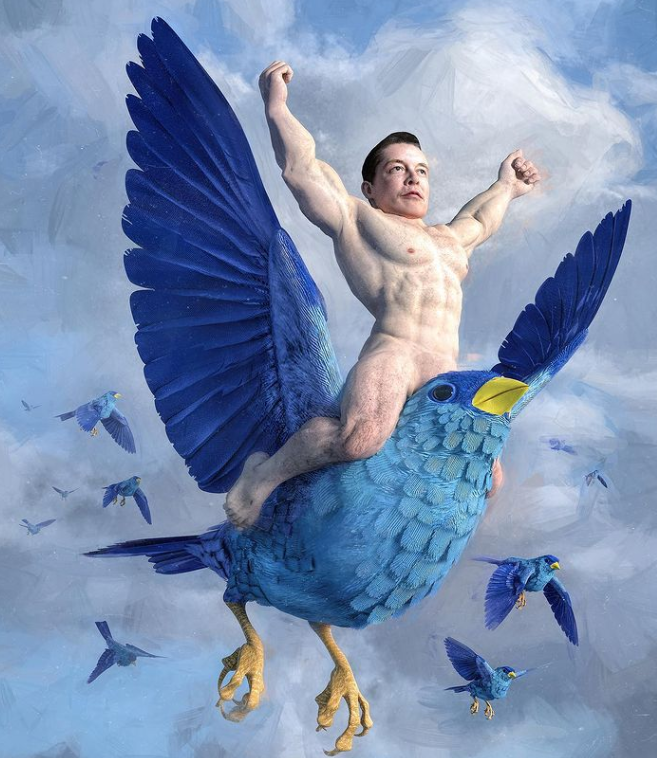 Eventually Musk will have to put up or shut up. He will have to table a binding offer for control of the company. The regulatory process should be relatively straightforward since there is no antitrust overlap and no shareholder vote required. This takes DOJ / FTC and the SEC out of play. I don’t know if FCC has to weigh in – if they do, there is a chance that Biden’s FCC will try and block it on public interest grounds. Clinton’s FCC tried to do that with the Time Warner – AOL deal back in the late 90s.

Will the arb funds care if a bunch of twentysomething employees threaten to quit? Not in the least. They will take the money and run. As time goes on, the ululating “stakeholders” will matter less and less. The journalists as a class are of course hopping mad about this, and a lot of ink will be spilled over “dangers” to “democracy” but ultimately this will come down to the arbs, not hacks like Robert Reich or Max Boot.

Does Musk really want the company? Who knows? Corporate raiders and activist investors have been known to write a bear hug letter in hopes of getting a process run and then flip their stock to the winner. That said, Elon Musk probably isn’t Carl Icahn and there is ego involved. Once an investor puts their reputation on the line, it isn’t easy to back down, and Musk has an ego.

My guess is that Goldman will run a process, and Twitter will go with a white knight like Disney which will promise to maintain the status quo. If the white knight bids a stupid price, Musk will probably sell. If not, he’ll go hostile and buy the company.

** Today’s content comes from Brent Nyitray – from The Daily Tearsheet.   If you work in the mortgage business, subscribe to his daily newsletter!!  Great stuff:  https://thedailytearsheet.com/author/brentnyitray/

The picture is from the crazy/awesome digital artist Beeple.  Follow Beeple_Crap on Instagram (and probably twitter).   He committed to making 1 piece of digital art every day, for like the past 12 years.   To which a lot of people said “Why? That’s dumb.  Why waste time on that.”   …………………. Until NFT’s became a thing.   Then, after 10 years of doing it for free, he sold something like $85 mil in NFT’s.   Probably a lesson there somewhere.