Skip to content
Social Proof in the Real World 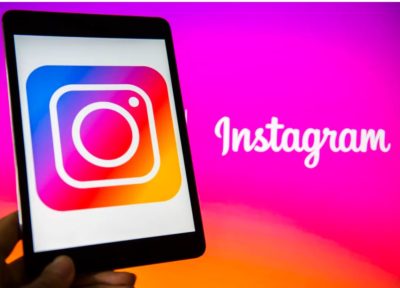 You might have seen recently that Instagram (and some other social networks) are experimenting with the idea of removing “Likes” and such.   If not, here is an article about it: https://www.cnet.com/news/instagram-is-hiding-likes-you-may-be-happier-in-the-end/

Sounds good to me.    Buuuuuut, it’s sometimes fun to stop and think about WHY we are even having this discussion?

The psychology behind both sides of the discussion can come from one of the best books ever (as awarded by me).   If you ever want a GREAT read, grab Influence by Robert Cialdini.   I did a whole series of posts from it earlier this year.    The purpose behind adding AND deleting the likes comes down to his principle of Social Proof.

Let’s talk about it some more:

You will like this one, just like everyone else.  The principle of Social Proof states that one means we use to determine what is correct is to find out what other people think is correct. The principle applies especially to the way we decide what constitutes correct behavior. We view a behavior as more correct in a given situation to the degree that we see others performing it.

What could it be about canned laughter that is so attractive to television executives?  They know what the research says. Experiments have found that the use of canned merriment causes an audience to laugh longer and more often when humorous material is presented and to rate the material as funnier.

The tendency to see an action as more appropriate when others are doing it normally works quite well. As a rule, we will make fewer mistakes by acting in accord with social evidence than contrary to it. Usually, when a lot of people are doing something, it is the right thing to do.

Our tendency to assume that an action is more correct if others are doing it is exploited in a variety of settings. Bartenders often “salt” their tip jars with a few dollar bills at the beginning of the evening to simulate tips left by prior customers and thereby to give the impression that tipping with folding money is proper barroom behavior. Church ushers sometimes salt collection baskets for the same reason and with the same positive effect on proceeds. Advertisers love to inform us when a product is the “fastest-growing” or “largest-selling” because they don’t have to convince us directly that the product is good, they need only say that many others think so, which seems proof enough.

‘The principle of social proof says so: The greater the number of people who find any idea correct, the more the idea will be correct.  All the weapons of influence discussed in this book work better under some conditions than under others.  In general, when we are unsure of ourselves, when the situation is unclear or ambiguous, when uncertainty reigns, we are most likely to look to and accept the actions of others as correct. In the process of examining the reactions of other people to resolve our uncertainty, however, we are likely to overlook a subtle but important fact. Those people are probably examining the social evidence, too.

Especially in an ambiguous situation, the tendency for everyone to be looking to see what everyone else is doing can lead to a fascinating phenomenon called “pluralistic ignorance.” A thorough understanding of the pluralistic ignorance phenomenon helps immeasurably to explain a regular occurrence in our country that has been termed both a riddle and a national disgrace: the failure of entire groups of bystanders to aid victims in agonizing need of help.

It is founded on the principle of social proof and involves the pluralistic ignorance effect. Very often an emergency is not obviously an emergency. Is the man lying in the alley a heart-attack victim or a drunk sleeping one off?  Is the commotion next door an assault requiring the police or an especially loud marital spat where intervention would be inappropriate and unwelcome?

In times of such uncertainty, the natural tendency is to look around at the actions of others for clues.  We can learn, from the way the other witnesses are reacting, whether the event is or is not an emergency. What is easy to forget, though, is that everybody else observing the event is likely to be looking for social evidence, too. And because we all prefer to appear poised and unflustered among others, we are likely to search for that evidence placidly, with brief, camouflaged glances at those around us. Therefore everyone is likely to see everyone else looking unruffled and failing to act. As a result, and by the principle of social proof, the event will be roundly interpreted as a non-emergency.

smoke seeping from under a door reported the leak; however, when similar leaks were observed by three-person groups, the smoke was reported only 38 percent of the time.

One study has even shown how people suffering from phobias can be rid of these extreme fears in an amazingly simple fashion. For instance, in an early study nursery-school-age children chosen because they were terrified of dogs merely watched a little boy playing happily with a dog for twenty minutes a day.  This exhibition produced such marked changes in the reactions of the fearful children that after only four days, 67 percent of them were willing to climb into a playpen with a dog and remain confined there, petting and scratching it while everyone else left the room.  And the most effective type of clips were those depicting not one but a variety of other children interacting with their dogs; apparently the principle of social proof works best when the proof is provided by the actions of a lot of other people.

No leader can hope to persuade, regularly and single handedly, all the members of the group. A forceful leader can reasonably expect, however, to persuade some sizable proportion of group members. Then the raw information that a substantial number of group members has been convinced can, by itself, convince the rest. Thus the most influential leaders are those who know how to arrange group conditions to allow the principle of social proof to work maximally in their favor.

There are two types of situation in which incorrect data cause the principle of social proof to give us poor counsel. The first occurs when the social evidence has been purposely falsified. Invariably these situations are manufactured by exploiters intent on creating the impression—reality be damned—that a multitude is performing the way the exploiters want us to perform.

In addition to the times when social evidence is deliberately faked, there is another time when the principle of social proof will regularly steer us wrong. In such an instance, an innocent, natural error will produce snowballing social proof that pushes us to the incorrect decision. The pluralist ignorance phenomenon, in which everyone at an emergency sees no cause for alarm, is one example of this process.