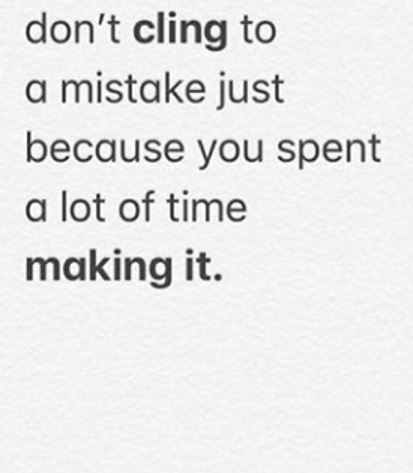 The Fallacy of Sunk Cost

Individuals commit the sunk cost fallacy when they continue a behavior or endeavor as a result of previously invested resources (time, money or effort) (Arkes & Blumer, 1985). This fallacy, which is related to loss aversion and status quo bias, can also be viewed as bias resulting from an ongoing commitment.

For example, individuals sometimes order too much food and then over-eat just to “get their money’s worth”. Similarly, a person may have a $20 ticket to a concert and then drive for hours through a blizzard, just because she feels that she has to attend due to having made the initial investment. If the costs outweigh the benefits, the extra costs incurred (inconvenience, time or even money) are held in a different mental account than the one associated with the ticket transaction (Thaler, 1999).

This can also be “Throwing Good Money after Bad.”    Betting more to make up for your losses, while using the same strategy.   Buying more leads from the same vendor because you are behind.   Spending more (money, time, or effort) on a marketing strategy because it’s not working.